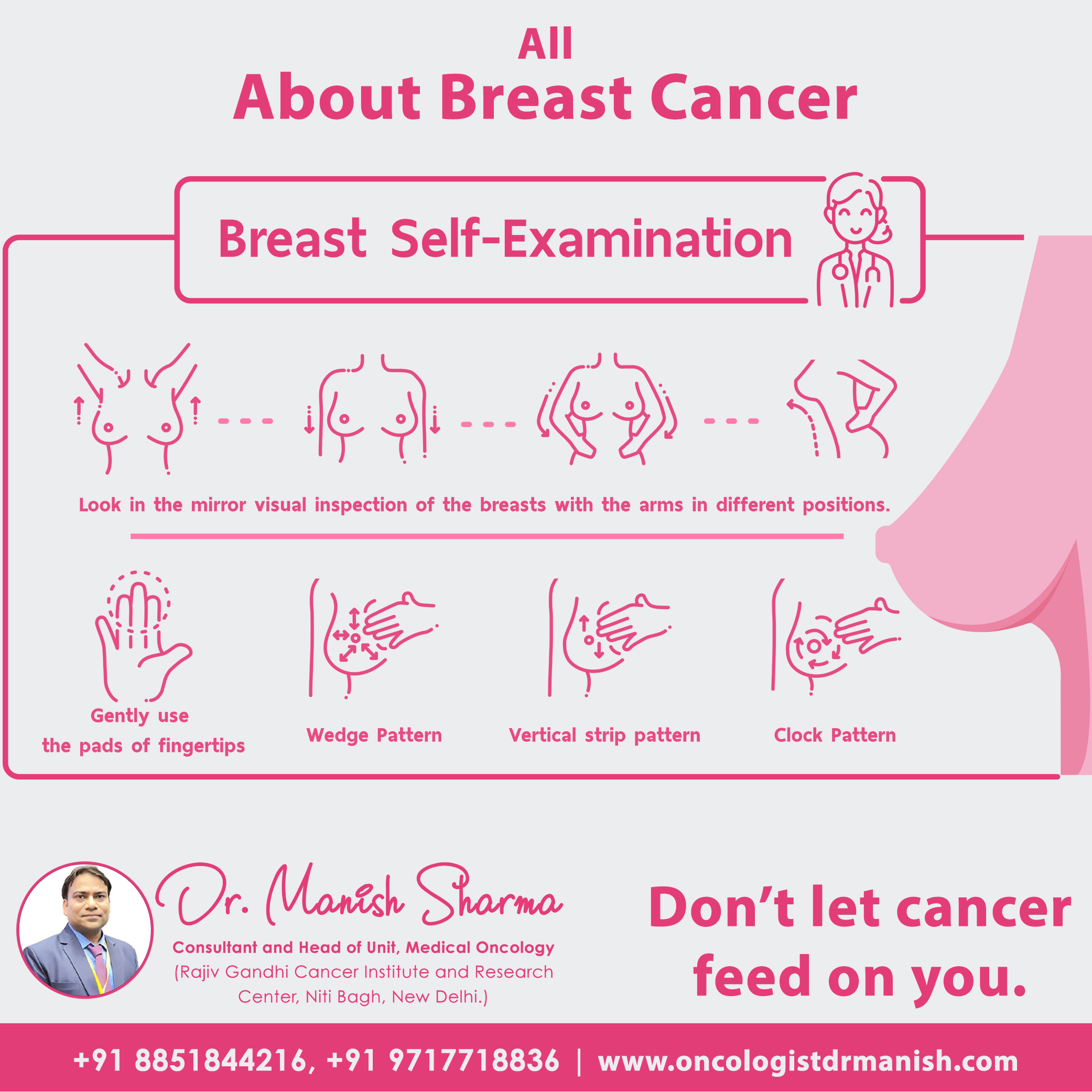 CDK4 and CDK6 are enzymes important in cell division. They have been designed to inhibit various checkpoints in cell cycle leding to cell cycle arrest and cell death. Abemaciclib, palbociclib and ribociclib are FDA-approved CDK4/6 inhibitors for breast cancer treatment. These have changed the landscape of hormone receptor-positive, HER2-negative metastatic breast cancers. These drugs are used in combination with hormone treatment in the abovesaid indication.

About 15-20 percent of breast cancers overexpress HER2 neu. The overexpression of HER2 neu stimulates the downstream pathways leading to cell growth. Trastuzumab was the only anti HER 2 neu monoclonal antibody available earlier. Lately, pertuzumab has shown encouraging results when added to trastuzumab and hence it is now recommend to use the combination of two drugs along with chemotherapy rather trastuzumab alone. The combination gives sustained and deeper response. Other HER2-targeted antibody drugs, such as margetuximab, are under study.

These are highly potent biological drugs built by attaching an anticancer drug to an antibody against Her 2 neu, with either a permanent or a labile linker. The antibody specifically targets Her 2 neu receptor found on breast cancer cells. Once it binds to the cell, it triggers internalization of the antibody, together with the drug. This delivers drugs with a very high specificity to the diseased cells, maximizing their efficacy and minimizing systemic exposure. Earlier the only drug available in this class was T- DM 1 which contains anti microtubule inhibitor DM1. Lately more potent drug trastuzumab deruxtecan is now available. It exhibits potent and durable responses even in heavily pretreated Her2 neu breast cancer population. Other beauty of this drug is to exhibit responses in low Her2 disease the trials for which are underway.

Kinases are proteins in cells that normally relay growth signals. Drugs that block kinases are called tyrosine kinase receptor inhibitor (TKI). They inhibit the tyrosine receptor kinase domain of her 2 neu receptor and inhibit the downstream signaling pathway. The only TKI available earlier was lapatinib with fewer response rates. Now we have two more oral TKI neratinib and tucatinib out of which tucatnib needs special mention. Tucatinib has very high systemic responses in heavily pretreated her2 neu breast cancer population. Apart from that it also exhibits excellent responses in controlling CNS metastasis which is often problematic and frustrating while treating her2 neu breast cancer population.

Phosphoinositide 3-kinase inhibitor (PI3K inhibitor) functions by inhibiting phosphoinositide 3-kinase enzyme, which is a part of the PI3K/AKT/mTOR pathway. This is an important signalling pathway for many cellular functions such as growth control, metabolism and translation initiation. These drugs inhibit this pathway to induce tumor suppression.

The PI3 kinase inhibitor alpelisib is FDA-approved to treat metastatic hormone receptor-positive and HER2-negative breast cancers harboring a mutation in the PIK3CA gene.

Poly ADP ribose polymerase (PARP) is an enzyme involved in DNA repair. PARP inhibitors are only used in breast cancer treatment for people who have a BRCA1 or BRCA2 gene mutation. BRCA1/2-related breast cancers seem to be sensitive to DNA damage involving the PARP enzyme.

The PARP inhibitors olaparib (Lynparza) and talazoparib (Talzenna) are FDA-approved for the treatment of HER2-negative metastatic breast cancer in people who have a BRCA1/2 gene mutation.

Other PARP inhibitors are under study for use in metastatic breast cancer treatment.

Immunotherapy drugs (including vaccines) for breast cancer haven’t shown results as strong as have been seen for other cancers. However, they may be effective in treating some breast cancers.

Researchers are studying how to identify the best biomarkers for immunotherapy.

“Checkpoint inhibitors” are the most widely used type of immunotherapy drugs. These drugs “take the brakes off” the natural factors that limit how the immune system can control tumor cells.

The checkpoint inhibitor immunotherapy drug atezolizumab (Tecentriq) is FDA-approved for the treatment of metastatic triple negative breast cancer that express (have a lot of) programmed cell death protein 1 (PD-L1).

The checkpoint inhibitor pembrolizumab (Keytruda) is FDA-approved to treat metastatic breast cancers that have a high tumor mutational burden [101]. This means there’s a high number of gene mutations in the cancer cells. This is not common.

Pembrolizumab is under study for the treatment of metastatic triple negative breast cancer [71].

Other immunotherapy drugs are under study.

The checkpoint inhibitor immunotherapy drug pembrolizumab is under study for the treatment of metastatic triple negative breast cancer [71].

Some triple negative cancer cells have a receptor that limits the action of the protein called programmed cell death protein 1 (PD-1). Pembrolizumab may help take the brakes off PD-1 to allow the body to kill more cancer cells [71].

Special antibody drugs are designed to target certain cancer cells. Antibody-drug conjugates are a combination of an antibody therapy and a chemotherapy drug. Combining these into one drug allows the targeted delivery of the chemotherapy to specific cancer cells.

Other Trop-2 antibody-drug conjugates are under study.